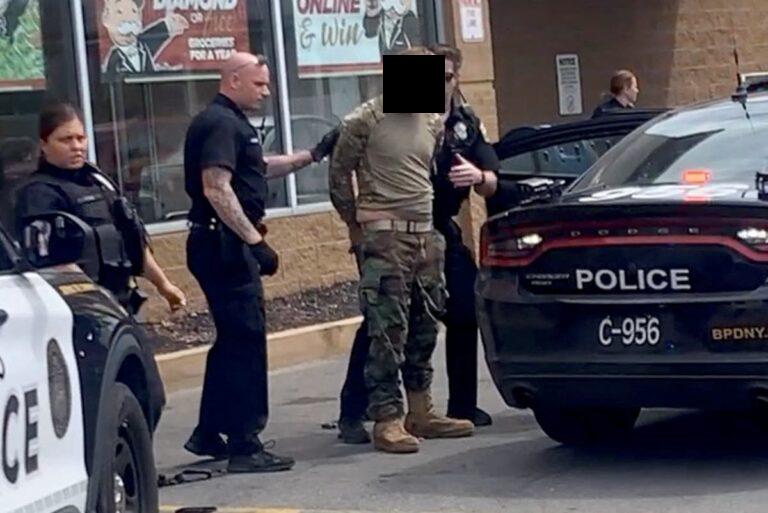 On May 14, 2022 an admitted fascist and white supremacist committed a mass shooting in Buffalo NY, targeting Black residents on the East side of the city. The shooter specifically targeted Black residents in this part of the city because it has the highest population of Black residents out of anywhere in the region and he views Black people as the “most immediate threat” to white people/identity.

The shooter details these white supremacist and fascist ideas in a 180 page manifesto he released the same day as the shooting. Specifically he rambles about “white replacement” eugenic “race science” viewpoints, his sympathies with neo-Nazis, and extreme antisemitism. The shooter places Jewish people and community as the biggest threat to White people along with the Black community. There is a long deeply rooted history linking anti-Blackness and antisemitism as different sides of the same coin.

Within the antisemitic sections of his manifesto the shooter specifically references Hasidic Jewish communities in Lakewood, Jersey City, and Tom’s River New Jersey calling them “deplorable” and urging action against them. NJ state wide media outlets have reported on the shooter naming these Jewish communities as potential targets and have relayed that police have been working to protect Jewish residents from white supremacists. This police narrative, in response to specific threats against regional Jews, has been broadcasted everywhere, and NJ residents appear to be buying it. But what the media outlets haven’t been reporting is that Hasidic Jews have experienced intense waves of antisemitic hate crimes, police harassment, attacks from the media, and state repression, resulting in extreme distrust and skepticism of state institutions, particularly the police. Hasidic communities have instead built their own security networks and community defense resources largely relying on their own community members to keep each other safe.

As anarchists in so-called New Jersey we need to see the threats and real risk of violence against our fellow community members as a wake-up call. We know the rising threat of violence from fascists and the state is only going to get worse. We cannot wait for the next massacre or threat of violence to spur us to action. We need to create community defense networks, pipelines of mutual aid resources, outreach and connection to our larger communities, and actively arm ourselves against threats from the state and fascists. As an anarchist in so-called NJ what are you doing to help keep your community safe?